The Five Great Lessons are meant to provide Montessori elementary students with a “big picture” of the world and life. The lessons demonstrate how the sciences, art, history, language, and geography are interrelated. Students are then introduced to increasing levels of detail and complexity within these broad areas. The Five Great Lessons lay a foundation for Montessori students to further explore connections between each person’s actions and behavior and the well-being of the universe. At this stage of development, children are becoming aware of the world and their place in it. For a child, the Great Lessons are more than just educational and inspirational stories. They spark the imagination and lead students to contemplate not only the past but the future. Most importantly, the Great Lessons develop in Montessori students reverence and gratitude for those who have come before us.

Through experiments, demonstrations and storytelling, this creation story describes how minerals and chemicals formed the elements; how matter transforms to three states of solid, liquid and gas; how particles joined together and formed the earth; how heavier particles sank to Earth’s core and volcanoes erupted; how mountains were formed and the atmosphere condensed into rain, creating oceans, lakes, and rivers. The story continues through the formation of the Earth and ends just before life begins. 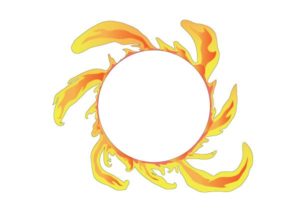 This story starts where the last lesson left off and goes through time from the first bacteria and ends with the arrival of humans. The TimeLine of Life is a graphic presentation of the arrival of life forms over millions of years. It explains the coming and evolution of life on our planet and emphasizes the diversity of life and interconnectedness of all of the organisms on Earth. 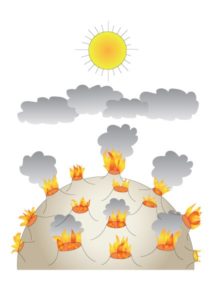 The aim is for the children to imagine what life was like for early humans. This lesson starts with the arrival of humans and continues through prehistory until just before the first writing appears. Through a timeline, story, and visual aids, students explore the ways in which humans have met their fundamental needs, and how this has impacted the development of civilizations. 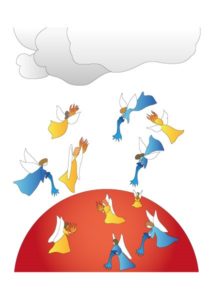 It begins with a discussion of the Egyptians, who had two kinds of symbols – one for ideas and one for sounds. The story goes on to describe the Phoenicians, who used the Egyptian’s sound pictures but not their idea picture. Next, it describes the contributions of the Greeks and Romans. Students learn the way that the written expression has developed from prehistory to modern-day, and discover the important role written communication plays in helping humans to connect and progress.

This lesson follows the development of the language. It uses story and charts to present the development of a standard number of systems from ancient civilizations to modern society. It emphasizes how human beings needed a language for their inventions to convey measurement and how things were made. The story describes how the Sumerians and Babylonians had a number system based on 60, which is the reason for our 60 second minute and 60 minute hour. Greek, Roman and Chinese numbers are introduced, and how Arabic numerals are similar to numbers found in a cave in India from 2,000 years ago. These Indian numerals had something that no other number system had, the zero. This is the basis for learning mathematics, which is integrated into all studies. 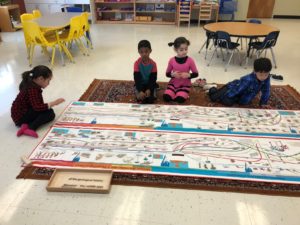